The competitive market for smartphones and tablets has led to industry experts, market analysts and even the common people keeping a keen eye out for new models and versions. No new development or update can get through the scanner without being picked up by at least one of these groups. This is exactly what happened with Verizon. Users of Verizon internet needn’t worry. This news is not for them. Verizon tried to pull a quick one (so it appears) over the customers by leaking details of the HTC Droid Incredible 4G LTE. There were rumors about it, as there are about any gadget. However, the leaked details caught everyone by surprise and created quite a stir. To add fuel to the fire, Verizon yanked away the information, specs and photos that had materialized. Though it has been some time, people are asking why Verizon leaked details on HTC Droid Incredible 4G LTE. There are a number of reasons that can be given for this. 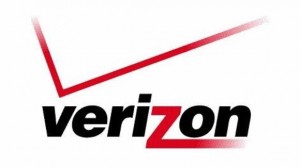 Since the details were ‘leaked’, they cannot be confirmed to be true. As soon as Verizon did it, other smartphone blogs and websites picked up on the information and posted it. The news went into rapid circulation and anyone remotely interested in smartphones would have noticed it online. The internet is still abuzz with discussions about how the new device is going to fare in light of the leaked details.
The Droid Incredible series has been praised for making Android compact for users to enjoy. Though not the strong seller the makers expected it to be, it holds up well in competition with Apple and Android. As mentioned before, there were rumors that HTC is going to come up with a new Droid Incredible some time in the near future.
The company had kept mum about it and there wasn’t any official word on the features or new technologies that might be incorporated into it. The HTC Corporation still has not responded to the controversy created by its partner company Verizon internet. The silence will only add to the speculation that will surely grow till the Droid Incredible 4G LTE is launched.
Among the leaked details are the new features that may be included in the smartphone.
The leaked details had no word on the price although some quarters reported it to be $299. Considering the target market and demand for the new Droid Incredible, HTC would most likely price it close to $199 than $299.

So, what did Verizon gain by leaking the details? As of now, Verizon has not confirmed that they leaked the details, but the information has been removed. If they did, it means that the people at Verizon are not doing their job properly. Sounds improbable? It most likely is.

Unless Verizon accepts that it leaked, you can safely assume that it was intentional and not a leak per se. Here are some reasons why.

Is there an easier way to make the headlines than leak the details of an unreleased gadget? Verizon took the easy way and got plenty of attention for it. In the days following the leak, HTC has endorsed and announced that they are indeed going to launch the Droid Incredible 4G LTE in the near future. This means that it could be a couple of months before the device is launched. The time is now to get it into the news.

By leaking the features and specs, Verizon has cleverly revealed to the people the groundbreaking features included in the HTC Droid Incredible 4G LTE. In this day and age, this is the best way to capture the attention of the people. There is a great chance that the leak is going to create hype and buzz which will then translate into sales.

This is the age of Apple and Android. Their devices sell like hot cakes. Verizon and HTC know what they are up against whenever they come up with new models. They have to find a way to make sure their gadgets sell enough units to earn a decent profit. Generating publicity and creating hype is a surefire way to get money into the bank.

These are some of the probable reasons why Verizon intentionally ‘leaked’ the details of the HTC Droid Incredible 4G LTE and then removed them soon after.

The above article is composed and edited by Shannen Doherty .She is a technical content writer. She is associated with many technology and designing communities including Broadband Expert as their freelance writer and adviser. In her free time she writes articles related to: internet, dish network packages, technology mobile broadband, etc.