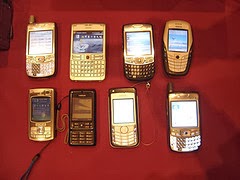 The competition among manufacturers of smartphones is ever on the increase. Each day sees a new phone being released on to the market. The consumers are also becoming more knowledgeable, hence demanding high quality phones. Improved technology and better marketing is also making the phones easily accessible and more affordable. 2013 saw a lot of competition from many phone manufacturers and the trend is most likely to continue as we approach the end of the year ready for 2014. From rumours as well as sneak peeks from the manufacturers, phones to watch out for in 2014 comprise of the following:

Samsung has for a long time been a top contender in the best smartphone category. Following on their successive release of the Samsung Galaxy Note 2 and Galaxy Trend 3, the company plans to launch the Galaxy F in 2014. The phone is designed to be the flagship phone for the company. The Galaxy F phone will come with more versatile features in order to keep up with its rival companies. The phone will feature a more improved octa-core processor, metal casing and also a 16 megapixel camera which features OIS technology. There is a strong indication that the phone will also run on the Android 4.2 jelly bean as well as 4.4 Kitkat.

Even before the phone has reached the shelves, it is already attracting very positive responses from the public and also phone critics. The phone dubbed “the most glamorous smartphone in 2014