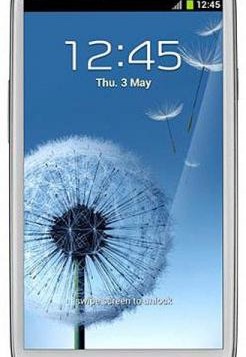 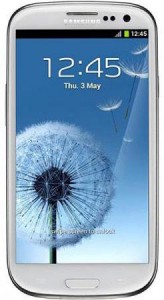 Till the time I can lay my hands on the Samsung Galaxy S III, I can’t really say whether it is as spectacular as it sounds or how friendly it is for technologically challenged humans like me. But from the looks of it, it surely is designed to lure humans. When I first saw the commercial of the mobile, I couldn’t stop myself doing a research to figure out what this smartphone has and what is the hue and cry, regarding this phone all about.
No doubt, the best feature of this new mobile is its looks. It has a spectacular looking sleek design. The phone will run on the Android 4.0 version, which somewhat gives an assurance that the mobile would be a good performer. It has all the basic necessary features like 4.8 HD super AMOLED display, 8 megapixels camera, Wi-Fi, Bluetooth v.4.0 and a battery that allows for a talk-time of 11 hours and 40 minutes. Besides these basic features, Samsung’s impressive technology has adorned this handset with some intelligent features that make the Samsung S III truly a smartphone.
These features are ‘S Beam’, ‘Smart Stay’, ‘S Voice’, ‘Gaming Paradise’, ‘Burst shot and Best Photo’. I’m sure there might be a few more that are not mentioned in the reviews. A little about these features; ‘S Beam’ helps you share HD videos by just touching your phone to another one. This feature might be somewhat like the NFC but being Samsung, this feature is probably a little more efficient than the NFC technology that is being used in other cell-phones. ‘Smart Stay’, this features allows the phone to detect user movement using the front camera and thus prevents the screen from turning off. The ‘S voice’ feature helps you control your phone with your voice. The smartphone is so smart that at the command of your voice, it will turn the volume up or down. There is a lot more that it can do on voice command but more about it, once I try it out myself, then probably can pen down what commands work and what don’t and figure out how smart this smartphone actually is. ‘Burst Shot and Best Photo’ is probably what attracts me towards this phone even more. The shutter has zero lag, which means that the camera can click continuous pictures that would help capture pictures of moving objects. A Samsung Camera and what’s more, an 8 Megapixel camera, this is one feature that undoubtedly would give fantastic results.
I am not a very touchscreen friendly person but after reading the reviews, I am in a dilemma and maybe I would actually make an exception to my rule of using QWERTY phones only. But I guess the Samsung Galaxy S III price, which is Rs. 43,180, now that might actually dig a big hole in my pocket but then again, the phone is from the house of Samsung and looking at the performance of the Samsung Galaxy series in the recent times, I guess this purchase might actually not be a bad decision. Excellent features, splendid looks, fantastic brand and a hefty price, the Samsung Galaxy S III is a complete package, rather I would say a completely alluring, tempting and an attractive package. I wonder if just watching a commercial is making me want to lay my hands on the phone asap, what would be the impact when I actually hold it in my hands
Author Bio: Shweta Agarwal is Guest Author and she writes on upcoming mobiles. Now she is giving the information about Samsung Galaxy S III and it’s price, features.