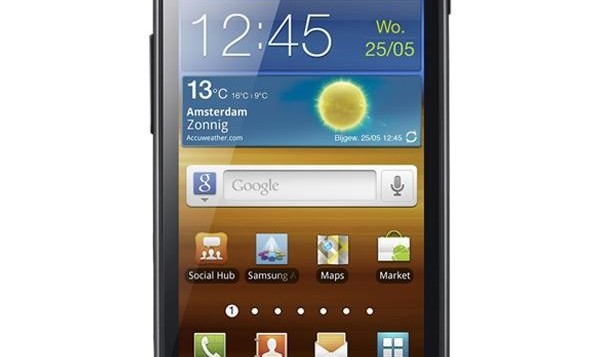 There is a cut throat competition among the impressive budget smartphones in the Indian mobile market. Most of the leading manufacturers like Nokia and Samsung are well known in both low end and high end smartphone segment with its impressive devices. Sometime before, the South Korean mobile manufacturer, Samsung mobiles has unveiled a Android smartphone to its expensive collection of Galaxy brand. The device named as Samsung Galaxy Ace 2 which is to be a great smartphone in both entry-level and mid-market handsets. It is the advanced version of the predecessor which comes with number of notable improvements.
Recently, the Nokia mobiles has announced a new smartphone to its Lumia lineup and named it as Nokia Lumia 620. It is one of the impressive and much hyped handset from Nokia which also come in this price segment and runs on latest Windows Phone 8 platform. When compared these two smartphones most of the features come similar to ensure high performance in their own segment. The Galaxy Ace 2 comes with low durable compared to Lumia device as it is made by plastic and clunky design which is not much comfortable to use. The Lumia device comes more trendy with high durable material. The device also comes with a dual shot color which makes the device more stylish and better in this segment.
Price wise, Samsung Galaxy Ace 2 price in the country is placed at Rs. 18,000 and the Nokia Lumia 620 price has not yet revealed and it is to be expected at Rs. 15,000.

The Samsung Galaxy Ace 2 features with a 3.8 inches wide PLS TFT capacitive touchscreen display supporting with 480 x 800 pixels resolution and 16M colors. For providing vivid and crisp display and better viewing experience the device comes with great pixel density of 246 ppi. The smartphone is loaded with exciting sensors that include Accelerometer sensor, proximity sensor and digital compass. While the Lumia device with pretty similar display of 3.8 inches supporting with LCD touchscreen supporting with 800 x 480 pixels. With its richer colour, better contrast and generally superior picture quality the Nokia will sure give a tough competition in this segment.
Even though the handset is initially boxed with a Android v2.3 Gingerbread operating system the Ace 2 currently updated to Android’s v4.1, which will ensure great applications that provide great entertainment to the consumers.Along with 800 MHz Dual core processor, NovaThor U8500 chipset and Mali 400 MP graphic processing unit the device provides high performance and multi tasking ability. The Lumia handset is dealing with Microsoft’s Windows Phone 8 platform supporting with dual core 1GHz processor and Adreno 305 GPU.
The mid end priced Samsung smartphone is enabled with a 5 megapixel camera with image resolution of 2592 x 1944 pixels supporting with auto focus and LED flash features to ensure better image quality. The camera also features with Geo-tagging, touch focus, face and smile detection. The camera is also capable to shoot high definition videos with resolution of 720 pixels at 30fps. While Nokia device is also integrated with a 5 megapixel rear camera which is capable to ensure great photographic experience as similar to Ace 2. The Samsung mobile phone is integrated with a 4 GB internal user memory and an additional RAM of 768 MB for better performance. The device is also enabled with an external microSD memory card which is expandable up to 32GB. While the Nokia device is enabled with a 8Gb user internal storage memory which comes supported microSD external memory slot which can be expandable up to 64GB.
About the Author : This post is written by guest author on Nokia Lumia 620 and Samsung Galaxy Ace 2. Both Samsung and Nokia mobiles have similar features and specifications, even price is almost same.

Why Use a Call Center?