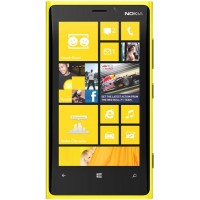 Recently, the Finnish mobile manufacturer, Nokia, had revealed good news to their Windows smartphone lovers. According to a source, the much-awaited Nokia Lumia is expected to hit stores in India by early in the year 2013. The company has not yet confirmed the launch date of this device, though it will soon be seen in India. Recently in the month of September 2012, the Nokia mobiles has unveiled the first of its Windows Phone 8 powered smartphone lineup, which includes Lumia 920 and Lumia 820. Nokia’s new flagship phone will come with amazing features, for example, the lenses on its camera shift to compensate for shaky hands, resulting in sharper images in low light and smoother video capture. The key highlight of this smart device is tyaht It can also be charged without being plugged in and the user just places it on a wireless charging pod.
About the Author : This is a guest post which is written by +Shweta Aggarwal , who generally writes on technology, gadgets and auto -industry. Now, Nokia has revealed the very exciting news to their Nokia windows phone lovers that the next windows based smartphone of Nokia will launch soon in 2013 with the named of Nokia Lumia 920. It’s a very good gift on this upcoming year, 2013.