Home Android Next Issue Me... 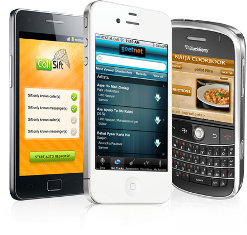 They say that Steve Jobs revolutionize the music industry and has helped eradicate piracy when he was able to unite the record labels like Sony, BMG, and more and got their permission to sell their songs and albums in iTunes Store. More than 10 billion tracks has been downloaded from iTunes store since it was launched, making it the largest online music store in the world.
Steve Jobs still has a lot of visions for Apple if not for his early demise. He dreams of eliminating the need for books in schools but instead iPads and tablet PCs will be use to provide digital content for the students. Now, a number of application developers are following his foot steps and have produced apps that will allow users to read digital magazines from their iOS and android devices.
Digital magazines did not receive that much patronage when it was first launched as users find it expensive to subscribe to different magazine publications on a pay-per-issue or pay-per-subscription basis. It is even cumbersome to manage multiple magazine applications to read the different magazine that the consumer wishes.
These issues are what Next Issue Media wishes to address. The five major US publishers namely Conde Nast, Hearst, Meredith, News Corp. and Time Inc. have joined forces to create Next Issue Media. It is a magazine reading application, but instead of being available for just one magazine subscription, users of iPad and Android devices can now purchase and read digital magazines from one cross-platform digital newsstand.
The first release of Next Issue Media was last 2009 but rollout for the application has been slow. Last April, a new version was released which is available for Android phones and tablet running OS 3.0 (Honeycomb) or later. This month, the version for iPad has been approved and released by Apple available for download from the App Store.
With this application, subscribers can pay a flat rate of $10 for unlimited access to monthly and bi-weekly magazines from any of the five publishers and $15 per month for monthly and weekly issues. This price includes access to digital versions of 39 magazine titles including back issue starting from January 1, 2012 which includes Vogue, Vanity Fair, Sports Illustrated, Time, in Style, Golf Digest, Coastal Living to name just a few. The company wishes to add more titles to the digital newsstand and they target up to 75 magazine titles later this year.
Wouldn’t it be nice if you can read tech stuff like information on how to buy youtube views from TechCrunch magazine, or read tidbits on your favorite Hollywood star from People magazine or get tips about health from Fitness magazine and have unlimited access to some other magazine titles with just a flat monthly rate?
Though the Next Issue Media offers a lot of advantages for magazine lovers out there, it still has a few disadvantages:
Critics of the new application are saying that it is still as expensive as pay-per-issue subscription as no one would want to spend $120 yearly on magazine alone. But what Next Issue Media app wishes to attain is to offer mobile users with plenty of choices for their reading.
We live in a very modern world now where mobile devices like iPad and tablet PCs are all part of our daily life. It is still uncertain if digital magazine will define the future of the magazine industry but application like Next Issue Media has opened endless possibilities which offer benefits both for the publishers and the subscribers.
Author’s Bio: Abie is a freelance blogger and content writer for more than 5 years now. She writes about different topic including Technology, Parenting, Family, Health & Fitness, Travel and more.