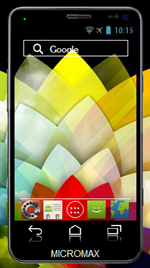 Micromax Canvas 4 is the most popular and anticipated smartphone in market. It is going to launch only after the grand success of Micromax A116 Canvas according to The Handset Hotlist Survey.

The Advance Bookings of this phone had started on June 28 on a money deposit of Rs.5000.

This will launch within 3 days ,i.e.,on July 8.According to the news updations,This smartphone give a huge competition to Samsung Brand. The price of this smartphone will be nearby Rs.15000.
The Features And Specifications have not yet been released. The known features that can be considered is the endless battery life. It has the rear camera of 13 Megapixels and a front camera of 5 megapixels.Micromax Canvas 4 will have an octa core processor and Mediatek MTK 6599 octa core chipset with clock speed of 1.4 GHz.

According to the Rumours,Canvas 4 will have 8.9mm thick, 145g, 5-inch display with a resolution of 720 pixels and a slim plastic casing with an outlining of Aluminium.

It has 16 GB of Internal expandable memory  and 1 GB of RAM. It will Be available on EMI’s.

So,It is the Hottest mobile phone With All its Salient Features that will become the Reason of Its Keen Success. 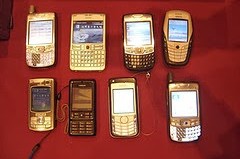 The Top Five Most Anticipated Smartphones In 2014