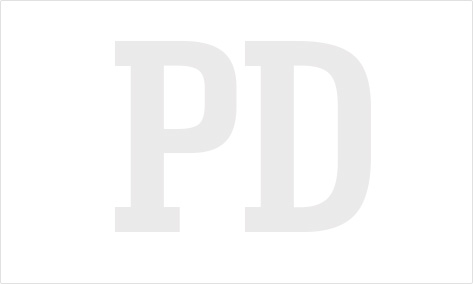 The Chinese manufacturer Huawei mobiles are gearing up higher and making impressive sales in the smartphone market and expanding their Ascend series in a grand manner. The Huawei Ascend P6 is the upcoming Android Smartphone from the company and recently, the interesting features and specs of the device are spotted online. The waiting period of the innovative device is becoming lower as the company is all set to launch the smartphone by June 18th, 2013. In the modern days, the company is considered among the best smartphone manufacturer to offer an affordable price tag to ensure that any individual can purchase but the most awaited Huawei Ascend P6 price details are yet to be revealed by the company.
However the leaks regarding Huawei Ascend P6 features and specs revealed online, we shall now discuss them in detail. This Smartphone would be bearing the slim profiled handy dimensions of 6.5mm thick and will weigh 120 grams, which will surely delight the Android lovers. The dual SIM support capability with micro SIM cards is enabled in the device and the standby feature altogether assures consumers to handle their calls in a cost efficient manner. The navigation services on the handset comes with A-GPS support and GLONASS support and the pre-loaded Google apps packs Google Search, Maps, Gmail, YouTube, Calendar and Google Talk. This innovation would be mid-range phone intended for bringing premium connectivity features to the masses at a reasonable cost. The OS installed in the device would be Android v4.2 (Jelly Bean) mobile operating system to deliver a smooth Android experience on the device.
The Ascend P6 will be powered by Quad-core 1.5 GHz processor, Huawei K3V2 chipset coupled with a 2GB RAM support to deliver good performance and multi-tasking ability. The sensor applications enhance and delight users as the handset comprises of accelerometer, gyro, proximity, compass, temperature sensors. The smartphone has a user internal memory of 8 GB which is capable of storing all the user’s stuff includes music files, games, applications, and many more, further more can expand is memory via MicroSD up to 32 GB. The connectivity features packed in the package are GPRS, EDGE, 3G, Wi-Fi, Bluetooth v3.0 with A2DP and MicroUSB v2.0, where users can connect to the internet and transfer their files very efficiently. The music lovers will love the device as it is loaded with Dolby Digital Plus sound enhancement and 3.5 mm audio jack support.
Huawei Ascend P6 features reveal that the handset will sport a 4.7 inch capacitive touchscreen display which is holding the resolution of 720 x 1280 pixels and is combined with a pixel density of 312 ppi, which will provide a great viewing experience while browsing web content and watching videos or movies. The Huawei Ascend P6 pictures are revealed in various web portals, which make the device look astonishing and eye-catching. Coming to the camera front, the device sports a 8 MP rear camera having a resolution of 3264 x 2448 pixels which will deliver consumers the best photographic experience. The premium camera also features autofocus, LED flash, geo-tagging, HDR, face and smile detection. Altogether deliver high clarity images even in low light conditions. On the other hand, there is a 5 MP front facing camera for video calling and video chatting purpose.
This Article is written by Shweta Agarwal and sharing the Huawei company’s latest news with all readers.