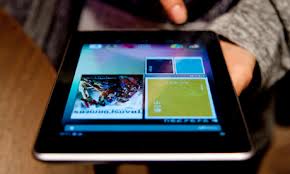 Google might be just hours away from unveiling the next-generation Nexus tablets, but it seems that the party has just been spoiled by US based retailer, Best Buy.

The retailer has started taking pre-orders for the new Nexus 7 tablets prior to its official launch. The new Nexus 7, which has been listed on the retailer’s website, comes at a starting price of $229.99 for the 16GB variant and $269.99 for the 32GB variant. The 3G/ LTE versions have not been listed though the tablet appears to feature a slot for the SIM-card, at the back.

No one has ever imagined the stupendous success of Google Nexus 7. Suddenly, the market for 7-inch Android tablet picked up. Whether to believe or not, Nexus 7 even cruched iPad 3 in the coolness factor.
The Nexus 7 will now have a rear-facing camera, which was missing from the last version, at 5.0 megapixels. The front-facing camera, designed mostly for videoconferencing, will retain its 1.2 megapixel quality.

The new device will ship with the as-yet unreleased Android 4.3 software, and 16GB and 32GB models, as before, will both be available.

There is no mention of any extra data ports – a SlimPort Micro USB 2.0 connector still the only named connector, which potentially rules out space for a Micro SD card.