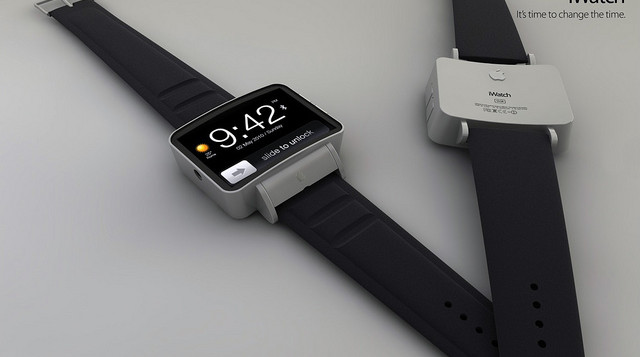 The idea of a smartwatch isn’t exactly a novel concept in our world today, however previous releases of these devices haven’t seen booming success yet. Now that a few have gone before them, Apple’s new iWatch is poised to set the gold standard for high tech watches. The iWatch will launch in October of 2014 with a special event hosted by Apple. There are a few iWatch features that will allow it to separate from the rest of the smartwatch pack. Let’s take a look at what will make the iWatch so special. 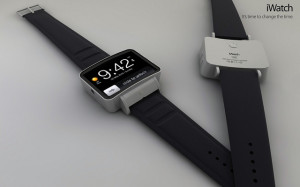 While the exact specifics of the iWatch have not yet been released, bits and pieces have made their way to the media. One of the coolest iWatch features is that it will have multiple biometric sensors. This means that it won’t merely be an accessory to the iPhone. The iWatch will track health metrics like heart rate, hours of sleep, calories burned and the number of steps that the watch wearer has taken in a day.  Not only will fitness enthusiasts be drawn to the watch, but the biometric sensors will also attract tech-savvy individuals as well.

Some tech industry analysts believe that the iWatch could be so technically advanced that it could even potentially replace the popular iPod, which means that it has the potential to play music. A watch that plays and stores music will revolutionize the watch industry as few watches currently support such a capability. Many people already carry music on their phones, thus the iWatch will be attractive to those who want their playlists “on hand” wherever they go.

The iWatch is expected to sync up with the iPhone in a seamless and flawless manner. It will send call and message notifications from the iPhone directly to the iWatch, empowering the user to know exactly who is trying to communicate them and when they made the call or text. Other smartwatches do sync up with different electronic devices but the iWatch is expected to provide the deepest, most thorough level of compatibility with an already existing technological device. This feature will obviously be a pull for iPhone users.

If the Watch Fits

Reports are stating that the iWatch will come in multiple sizes, which will make it much more appealing than other smartwatches on the market. They are meant to not only to fit both men and women with different size wrists, but also to possibly make the watch easier to wear if it is being used while exercising. More than just a fashion statement, it will be especially useful for music and biometric tracking during workouts since it can be attached to other parts of the arm besides the wrist, like the forearm or bicep.

Staying Ahead of the Curve

The iWatch will have a curved display just like its sister device, the iPhone6. Few electronic devices on the market have curved displays, so Apple is once again “ahead of the curve” so to speak. The iWatch will also have a special sapphire coating so that it retains an unblemished shine throughout its lifespan. By implementing this new technology, consumers will be more likely to choose the iWatch over the now dated smartphones without the newest technology.

The release of the iWatch is still to come, so we have yet to see the true success of the device and how it will stack up to others. Due to the highly advanced technology, the iWatch has a better chance of being more user-friendly for consumers, which could help skyrocket its success. Only time will tell, but perhaps the world just isn’t ready for smartwatches yet, and no matter the design, technology, or style, consumers could still be disinterested. Information for this article was provided by the Apple experts at Apple Shark who provide users with a place to sell used iPhones no matter what condition they are in.